Current and historic US highway endpoints in Chattanooga, TN

Several US routes end in Chattanooga (or have ended there historically).  Many of these endpoints are/were common to more than one highway, so this page covers all Chattanooga endpoints.  Rather than organizing these locations numerically or chronologically, in this case they are organized geographically.  We will start at the current signed end of US 127 north of downtown, and work our way down to the south; then we will turn around and generally head back north to the point of beginning. 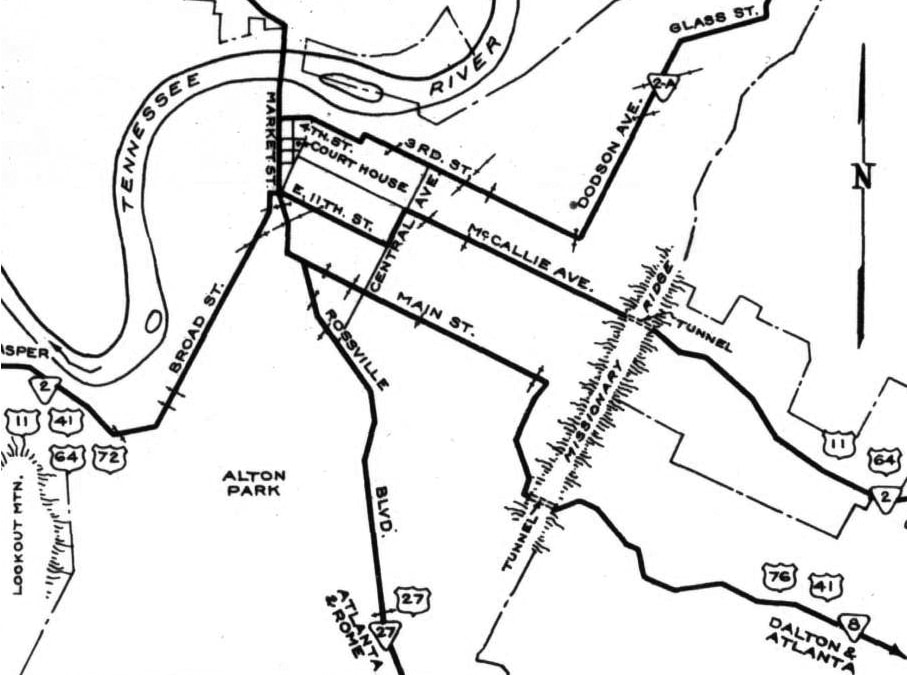 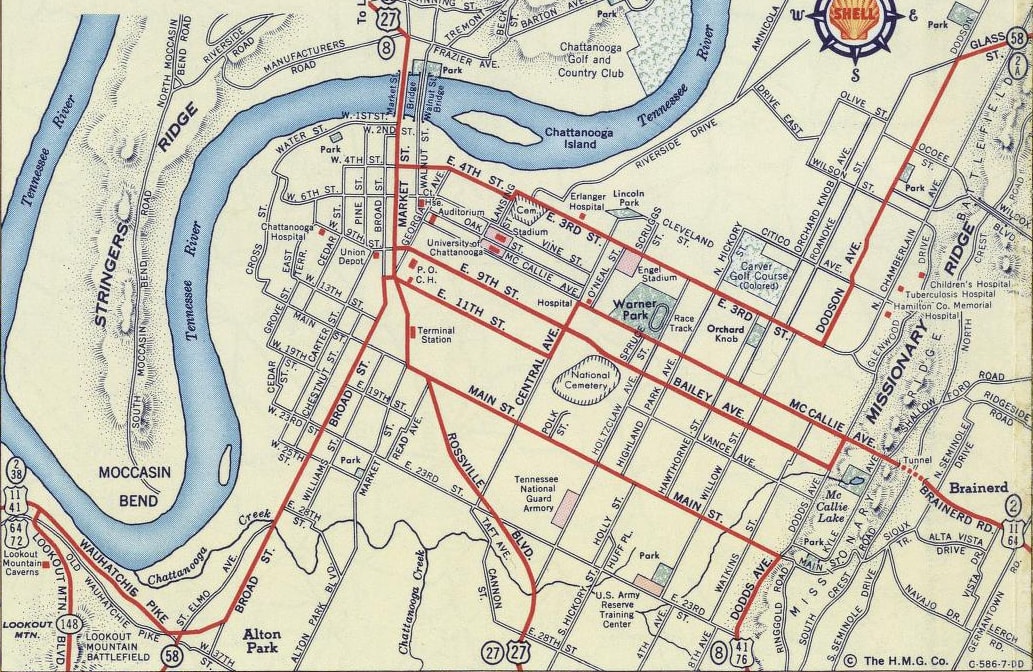 c. 1956, Gousha
...and we can be reasonably certain that US 76 was overlapped with US 27 north from Main because of this photo:

c. 1951, courtesy of Chattanooga History Center
The bottom line is: US 76 signage still abounds in the area surrounding its old endpoint, even though its routing was changed back in 2002.  Now, if we continue about three blocks east, and then turn north on Market, we arrive at the perspective of this excellent historic photo: 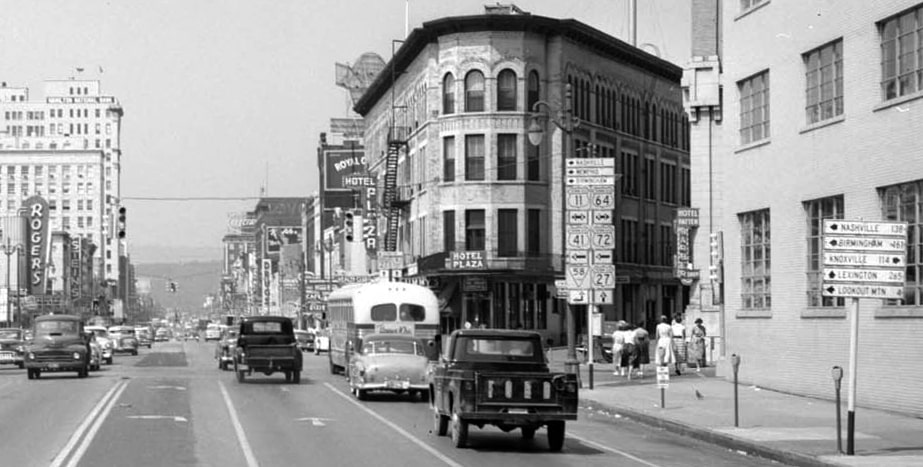 Mayo, date unknown, linked to source
At the time, that was the west end of US 76.  Several years before this photo was taken, the south beginning of US 27 was straight ahead (the mileage sign at right indicated that Lexington was 265 miles in that direction).  During that same timeframe (late 1920s to early '30s), the east beginning of US 64 was briefly to the left on 11th.  And at the time of that photo, the east beginning of US 72 was still to the left on 11th (along with US 11-41-64; Nashville 138, Birmingham 161, and Lookout Mtn. 4).  US 11-64 were also to the right (Knoxville 114).  Next is a modern photo from that same perspective:
That was looking north on Dayton; Signal Mountain begins to the left.  That is where original US 41 made a left turn -- US 27 may have begun straight ahead, but more likely that was simply where the two routes split.  Likewise, when US 127 was later extended to Chattanooga, that is probably where it split from US 27.  Old US 27 formerly continued northbound straight ahead.  But now both northbound Business 27 and US 127 continue left to the interchange with the modern US 27 freeway.  Just beyond that junction is the first US 127 confirming marker...
The green sign below the "Begin" tab is a mockingbird, denoting one of Tennessee's official scenic routes.  One more US route still needs to be mentioned: in 1987 the US 74 designation was officially extended to Chattanooga.  However, signage ends in Cleveland TN; more info and photos on the main US 74 page.
Research and/or photo credits: Brian556; Robert Droz; Adam Froehlig; Eric Lachmiller; Perry Mayo; J.P. Nasiatka; Alex Nitzman; Chris Patriarca; Mike Roberson; Dale Sanderson; Jim Teresco; Ed Wilson; Morgan Younce
Page originally created 2008;
last updated Aug. 2, 2022.