When the US routes were first commissioned in 1926, the north end of US 231 was in Montgomery.  The earliest map I have seen (below) shows US 231 coming in on Woodley Road, which becomes Fairview Avenue.  At Perry Street, US 231 junctioned US 31-80 coming from the opposite direction on Fairview: 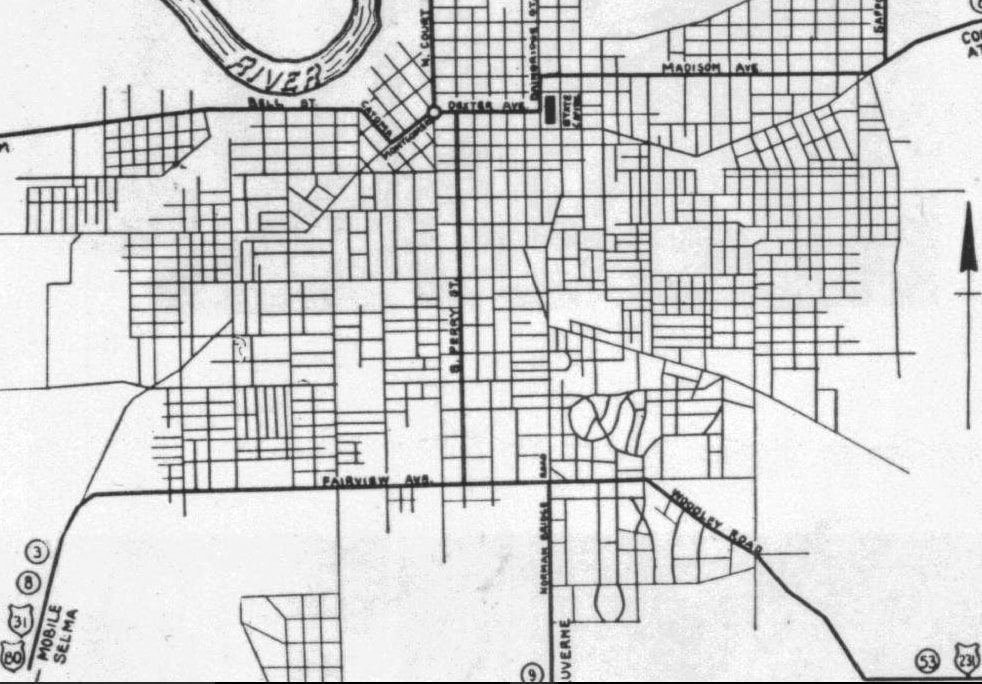 c. 1936, AL DoT
But during those years, highway planners were changing their thinking: bypasses became more common, as cities attempted to keep through traffic out of their congested business districts.  It was not long before all of the Mongomery US routes except US 331 had been moved off Perry and onto bypass routes in order to avoid downtown.  In about 1960, Hull Street became the southbound counterpart to Perry, so US 331 kept the same endpoint, but its north beginning was three blocks east of Perry.
​Decatur Street (two blocks west of Union) carried southbound US 331 traffic.  US 331 was truncated to its current endpoint in 1990, and accordingly the 1991 DoT map was the first issue to clearly indicate that.  Incidentally, as of 2009, most of Norman Bridge Road between Court and Seibles Road was closed to traffic (apparently because its eponymous bridge over Catoma Creek got washed out).  That was still the case as of 2014, so it is unclear whether this former alignment of US 331 is expected to reopen.  If repairing the bridge is deemed unnecessary, then it is likely that segment of Norman Bridge will eventually be vacated.
Research and/or photo credits: Adam Froehlig; Karin and Martin Karner; John Lucas; Steven Nelson; Dale Sanderson
Page originally created 1999;
last updated Dec. 18, 2017.