But prior to all of that, the US 60 designation was extended west to California in 1932, ending in L.A.  The map below shows it coming in along Valley Boulevard and Alhambra Avenue... 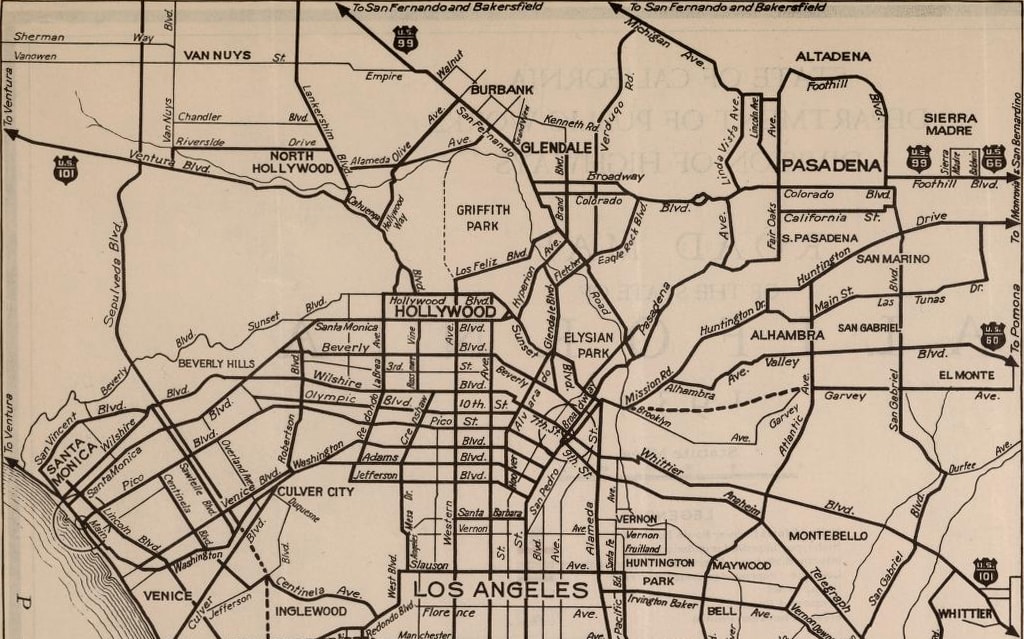 c. 1934, Caltrans
...but unfortunately there is no distinction between signed highways and average arterials.  However, we can be certain that US 101 was still following its original route through the city, because no connection is shown heading north from Whittier Boulevard via Boyle and Pleasant Avenues.  So, assuming US 60 would have ended at its junction with US 101, it seems reasonable that it may have overlapped with US 66 down Broadway, with the two routes sharing a common terminus at 7th.  That is completely speculative on my part, and at any rate, US 60 would not have ended there for long, as things had already changed by the time of the 1936 map: 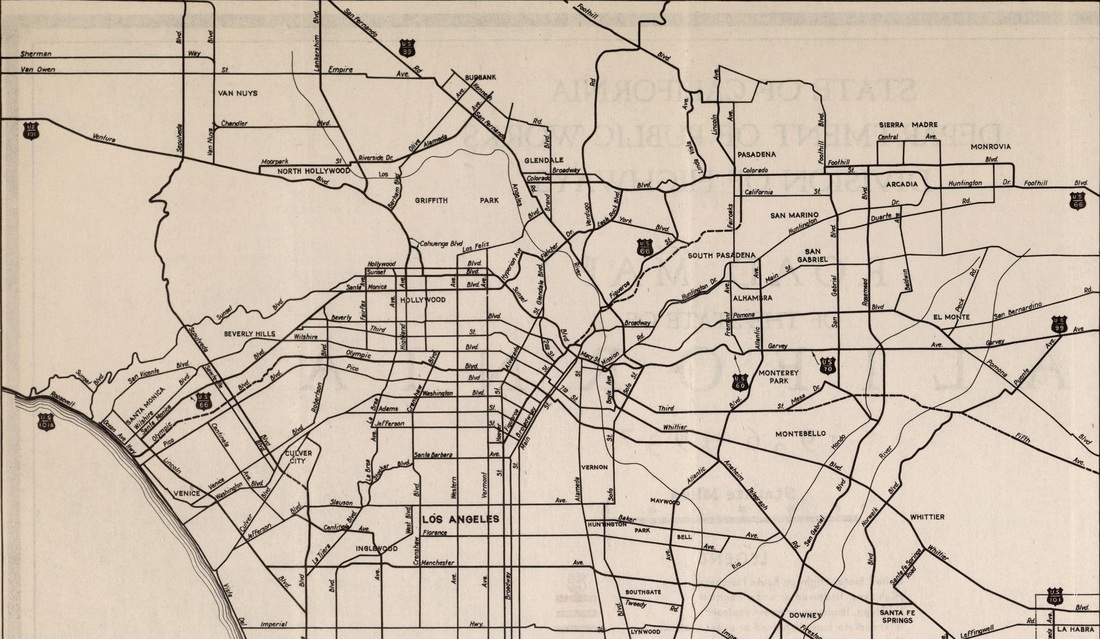 c. 1936, Caltrans
That was looking roughly north; the expressway coming from the bottom and curving off to the left over the Los Angeles River is modern US 101.  The expressway coming in from the right is the San Bernardino.  So that interchange marked the west end of US 60-70 for another 10 years or so, until those routes were truncated out of Los Angeles in the 1960s.
Research and/or photo credits: Jake Bear; Casey Cooper; Nathan Edgars; Tom Fearer; Andy Field; Karin and Martin Karner; Dan Resch; Steve Riner; Mike Roberson; Dale Sanderson
Page originally created 1999;
last updated Oct. 20, 2019.